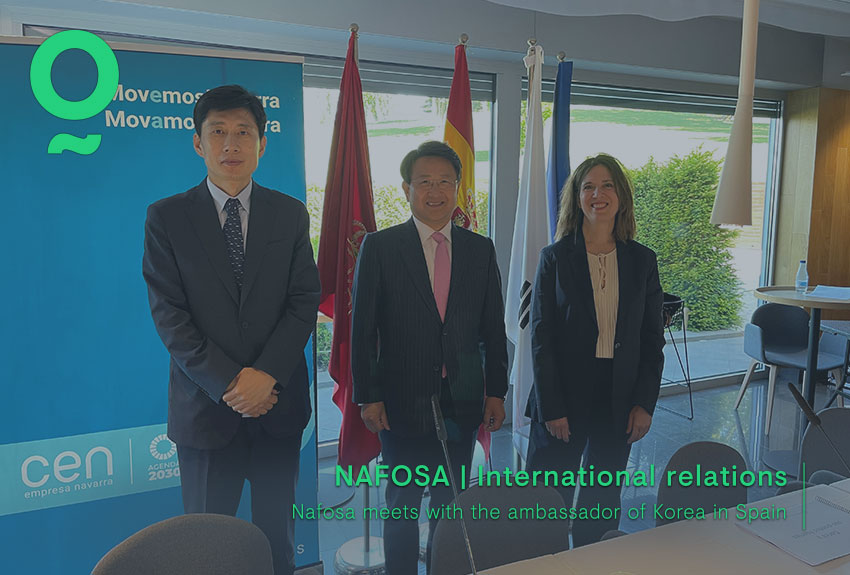 NAFOSA, as one of the leading producers and exporters of dehydrated alfalfa and other forages in Europe, maintains close trade relations with Asian countries like Korea, China, Vietnam, Indonesia and Japan, among others.

Our financial and public relations team had the great honour of meeting with His Excellency, Mr. Bahk Sahnghoon, Ambassador of the Republic of Korea in Spain, during a business breakfast organized by CEN, and attended by NAFOSA.

At the meeting we also met with Mr. Yoon Ilwoon, Head of Economic affairs of the Embassy of the Rep. of Korea and Mrs. Ahn Young-Ju, General Director of Kotra Madrid.

NAFOSA appreciates this opportunity to establish more personal relationships in search of fruitful commercial relations with the countries we operate in.

Download our book with information about our products, technical characteristics and references, this will allow you to place your order with more comfort. Remember that we are always at your disposal.