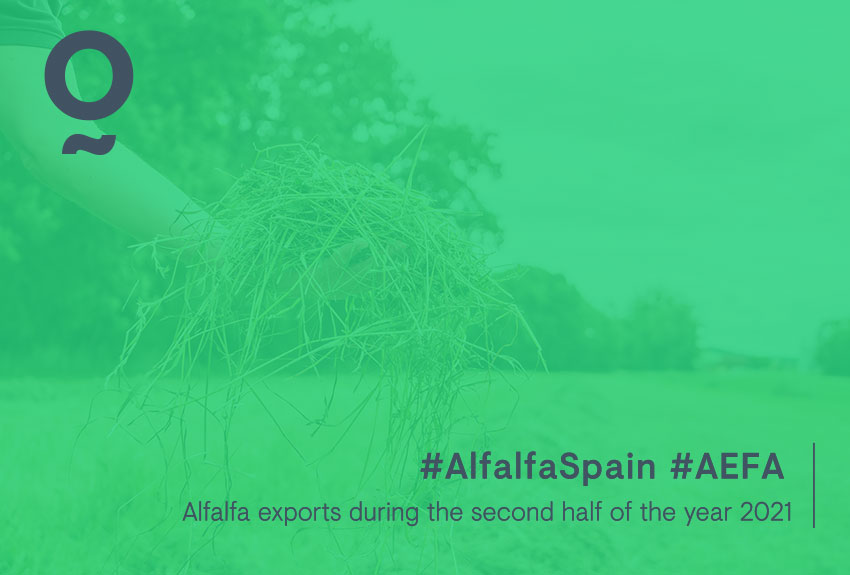 For some years now, Spain has established itself as the first exporter of dehydrated alfalfa in Europe, with good numbers to which NAFOSA contributes with more than 400,000 tons of dehydrated alfalfa and other products such as fescue, ryegrass, forage oats, cereal straw, silage corn (among others), which we export to many countries in Europe and Asia.

During the second half of the year 2021, Spain consolidated these numbers, exceeding 100,000 tons of alfalfa exported in July, reaching 230,000 tons in August and again exceeding 120,000 tons in October, strengthening the forecasts for the 2021-22 campaign. (Data provided by the Spanish Association of Dehydrated Alfalfa Manufacturers).

This year NAFOSA will continue innovating to offer animal nutrition products with the highest quality standards and supplementary services with high added value for our clients such as Nafosa Tracking System and Nafosa Labs.

Stay informed about all the products and services offered by NAFOSA at www.nafosa.es.

Download our book with information about our products, technical characteristics and references, this will allow you to place your order with more comfort. Remember that we are always at your disposal.